Knysna, which is pronounced ‘Ny – z – nah’, is a very pretty and perhaps rather overdeveloped town on a lagoon along the Garden Route coast. It’s only 25km away from Plett (Plettenberg Bay) so we’ve put the two towns together here as you can easily visit them together. Knysna’s money originally came from the safe harbour provided by The Heads (the entrance to the lagoon) and the lagoon itself and the abundant supply of timber that Knysna had (little remains of the original coastal forests). Now it’s a bustling holiday town, year-round, due to its almost perfect climate, safe lagoon for sailing and swimming and the golf courses on the hills around. A really nice thing to do is to take the train across the lagoon (seriously) or board a boat for a cruise to the famous Knysna Heads.

Plett is a much more upmarket version of Knysna: it’s here that the uber-rich of South Africa and Europe own their sea-side palaces (which most likely they visit less than a week a year), play polo and golf and sail in the tranquil waters. You’ll find the shopping and food a little more snazzy and glitzy in Plett. Both towns are - however populated and financed - set in stunningly beautiful natural surroundings. The river mouths (particularly the Keurbooms in Plettenberg Bay) and the forests and beaches of both towns are truly jaw dropping and virtually empty most of the year too. On this section of the route, you have it all: first world facilities and infrastructure and totally unspoilt nature and wilderness too. Enjoy! 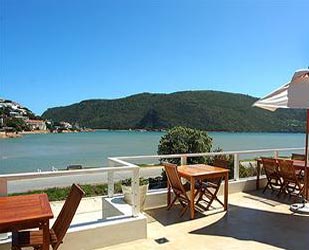 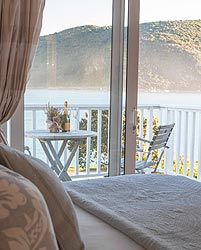 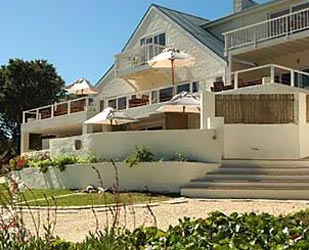 If you ever had that thing in your head about a little timber house down by the sea, where you can sit on your balcony and watch the boats go by, then Amazni Island Lodge is it! Only, it’s not such a little place and actually pretty posh. It’s been owner-managed since as long as we can remember and makes a wonderful place to come home to. Liz and I just love the birdlife in the morning on the water. That’s magic. Almost all the rooms have lagoon views and are very spacious. You’ll also love the ‘office’ (if my office had that view I would do no work at all….) 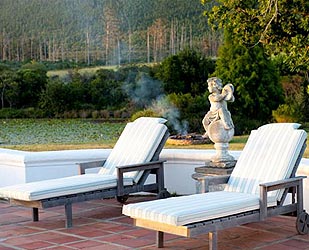 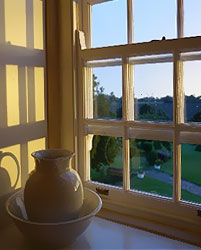 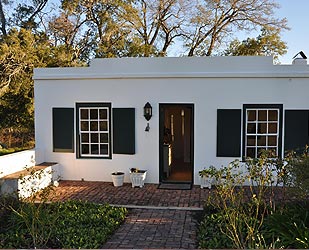 Coleen and Clive Noble have a rather apt surname: they are actually pretty famous in the sporting world in South Africa (which is like being famous in the Catholic world in Rome, as sport is more important than anything here). Several years back, as a kind of semi retirement idea, they bought this old farm and built three more buildings on it in the same style over the years. Redford oozes atmosphere in every possible way. The place is now like a country estate, with a tennis court, swimming pool, a small lake and ample grounds to get lost it. Breakfast and dinners (on request) catered for so there’s no need to leave (as if you’d ever want to).